103 years since the end of the First World War. At the 11th hour on the 11th day of the 11th Month the guns fell silent on the Western Front to bring an end to the fighting. Our nation and commonwealth has recalled that moment of remembrance for decades. This year was no different.

On Thursday 11th November, the John Paul II Multi Academy gathered together to pay our respects to all those brave soldiers with a service including two minutes of silence, readings, prayers, the national anthem and a rendition of Jerusalem, sung by an ex Abbey pupil.

This year we reflected, in particular, on the achievements of The Royal British Legion as they celebrated their centenary. May we continue to stand with them as they continue to support the current generation of serving and ex serving personnel and their families.

Many thanks go to all those parents, grandparents, parishioners and visitors who gathered to join the John Paul II Multi Academy in our Remembrance Day service.

John Maxwell Edmonds wrote in Remembrance of our soldiers: “When you go home, tell them of us and say, ‘For your tomorrow, we gave our today.'”

The current and next generation must never forget this. 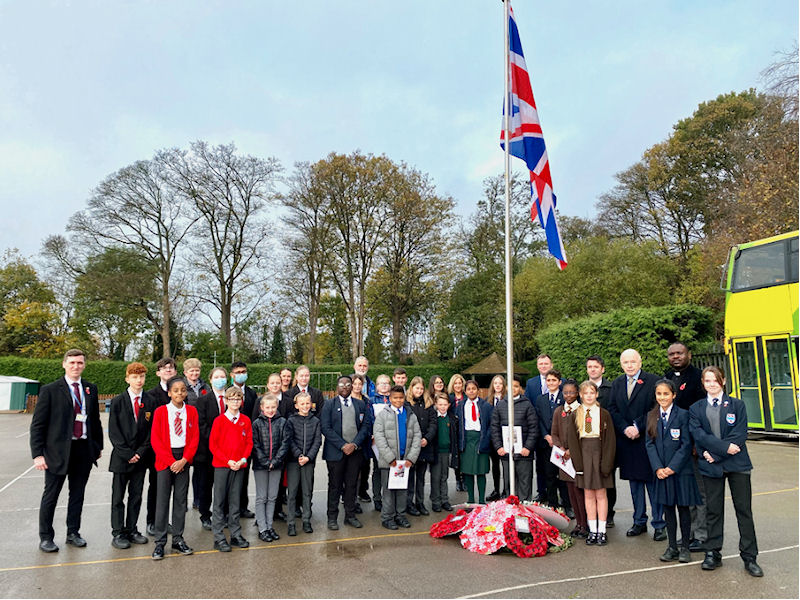